How to play Jerry Lawson game by google

In today’s article, I will give you a detailed guide on how to play and features on Google’s Jerry Lawson game. I don’t want to be too long or let’s explore and find out together. Lets go!!!!

How to play Jerry Lawson game by google

Just starting the game you will be guided how we move the character and get information about Jerry Lawson through the steps.

When entering the game the interface itself will look like below. On the interface there are 4 main parts, the first is the games created by google with 5 pre-made templates located on the right. In the photo below there are more created by me, I will guide you how to create the game will be below the article.

The second most important part is the Play and Edit buttons. As the name suggests, play and edit, these are the keys where we start the game. The third is the 3 buttons to share, duplicate and delete the game, then you will see these 3 buttons on the Play button.

The third important part you may notice is the Settings or Settings button as shown below. In this setting, there will be 4 function buttons including:

Show you the window when we click the Game controls button, the way to play is very simple, you move the character with 2 left and right arrow keys on the keyboard and to jump up we use the Space key, the space key is longest key on our keyboard. 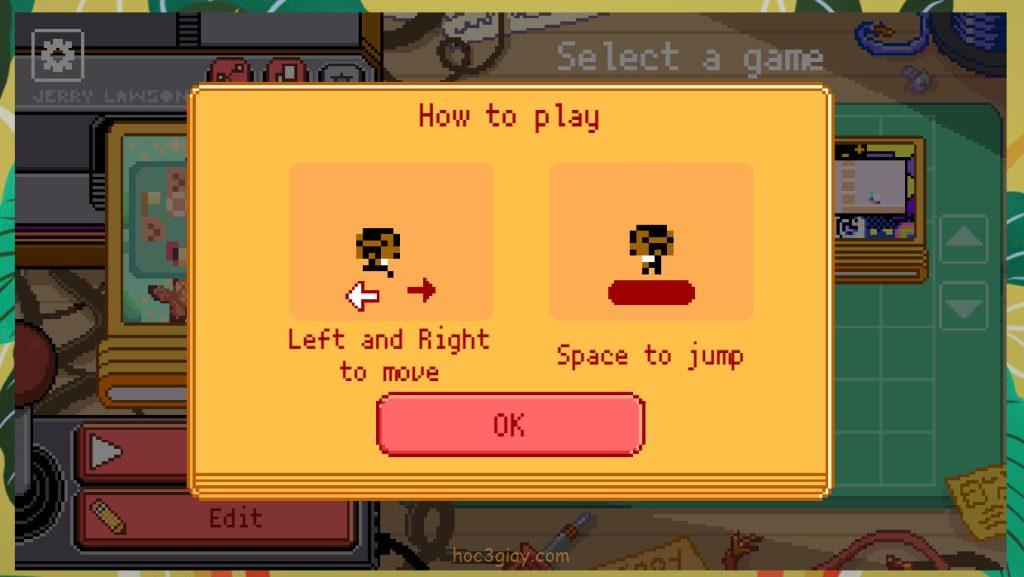 Step 1: You choose a game out of 5 games that google has created for you to play (1).

Step 2: When you select the Play button, we are already on the screen (2).

Above the main interface of the screen we will see 3 buttons as shown below, except for the first button which is the split button, the following 2 buttons in order from left to right are the duplicate button and the button to delete the game.

To manipulate these two buttons, you just need to select the game you need to set up on the right and choose one of the two features: duplicate or delete.

In addition, we also have a game editing feature to make the game more accurate to our liking. You just need to select a game and press the Edit button and then we will move to the edit feature (1).

As for how to create your own game, you choose the position marked number 2 below. You click on it then you will create an empty game space and all you need to do is edit that empty space.

Create a game of your own will is okay.

You see the picture below, the picture below is the interface when we press the Play button to play in a certain game. And we will see here that the upper bar contains the following basic features: 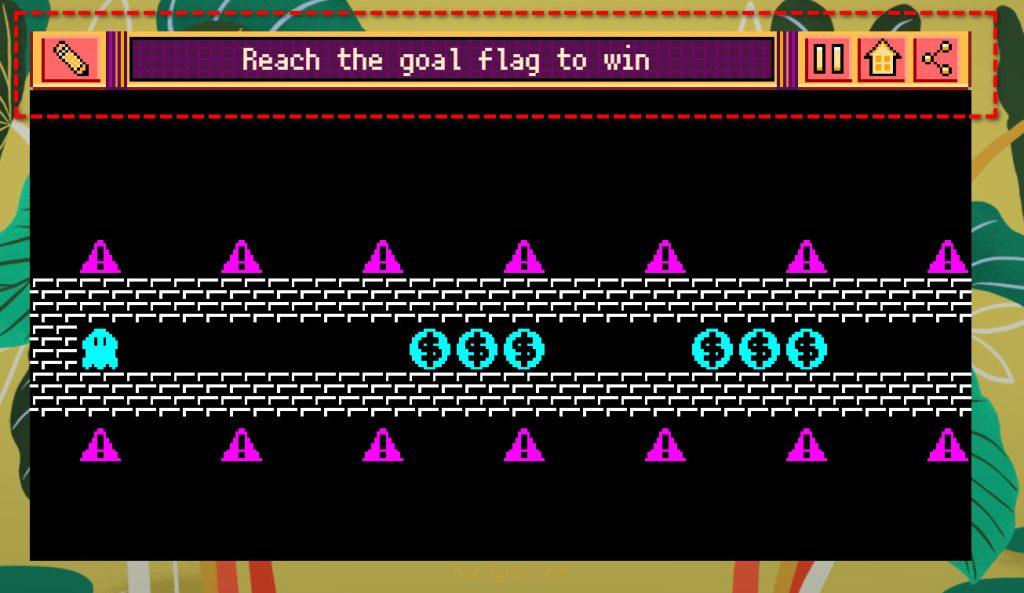 Next I will guide you on how to edit this game. We have 9 items to set up and each item will contain different functions, then the function I tell you:

Every time you want to use something, you just need to left click on it, then select a point on the empty area above. 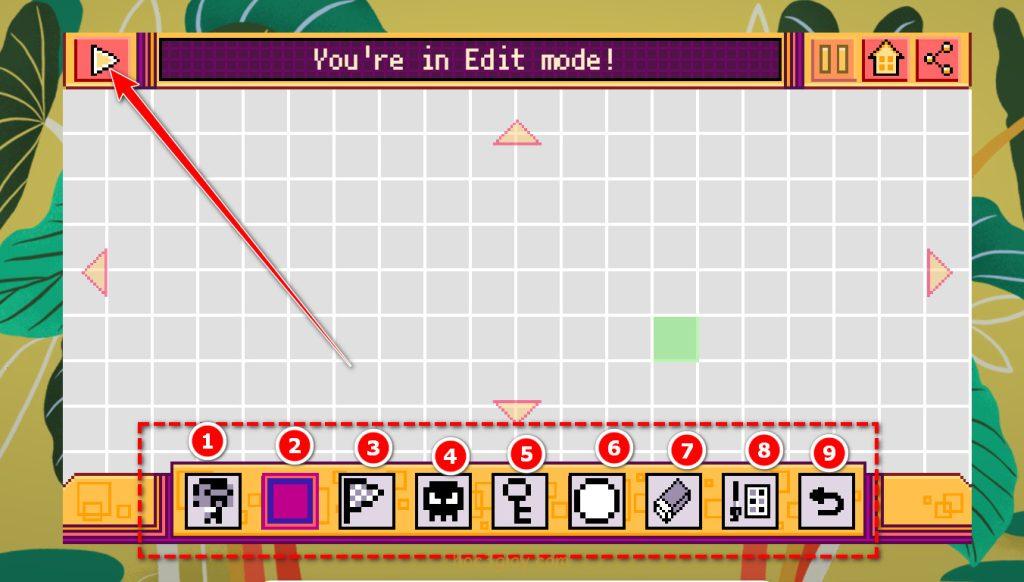 Below is how we enter edit mode while playing the game. 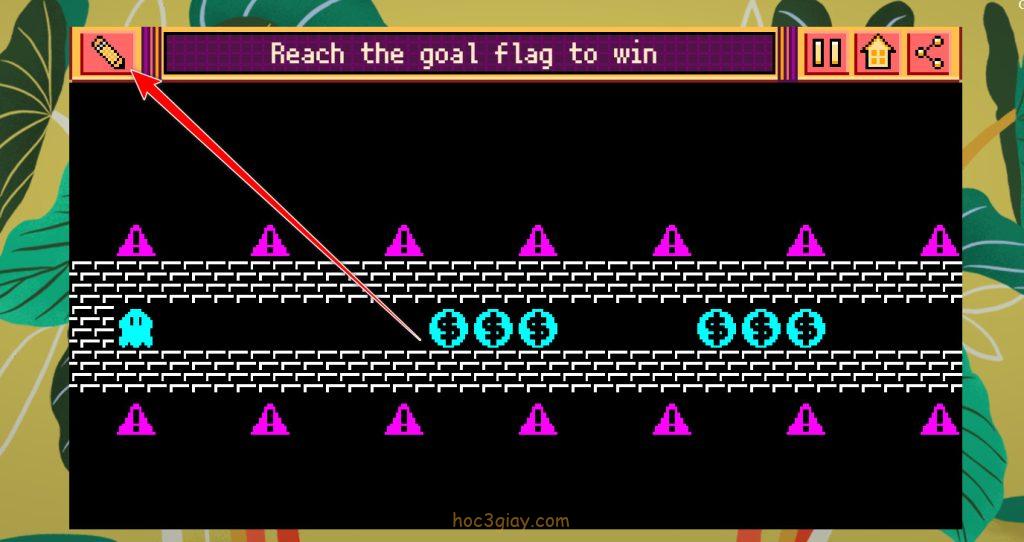 This is the edit mode page. 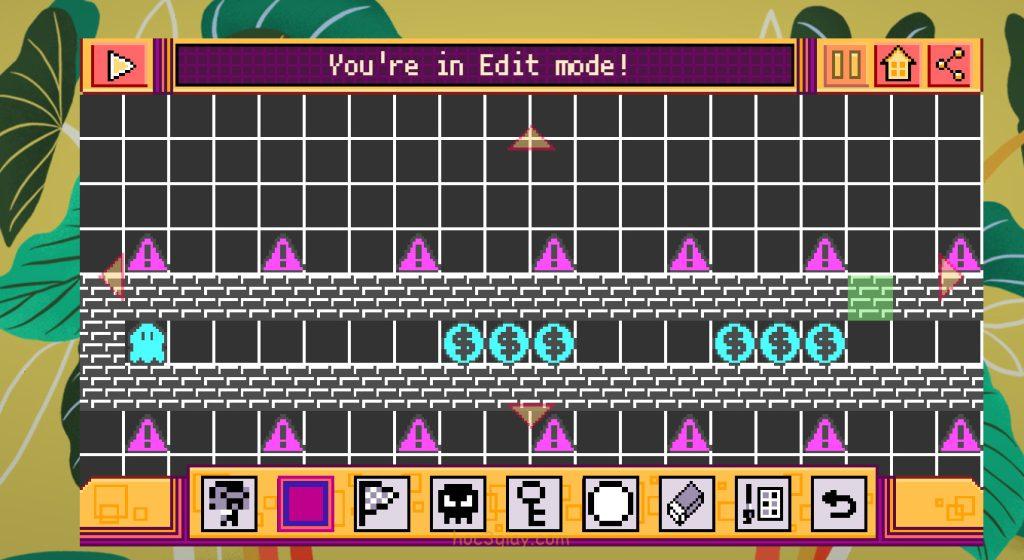 So I have detailed each part of the game created by google to celebrate Jerry Lawson’s 82nd birthday. I wish you all happy gaming and see you in another post on hoc3giay.com.